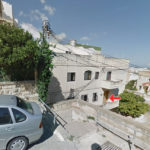 For the sporty type it is about a twenty-minute walk either way to our two schools in Swieqi and Msida and to the centre of St.Julian’s; Malta’s favourite night spot, Paceville. Alternatively, one can opt to catch a bus from not more than two hundred metres away from the front door.

The property is fully air-conditioned – usage is meter-controlled and subject to a pre-paid card - enjoys plenty of natural light and consists of a large kitchen / living room, two spacious four bedded rooms, two twins and a single bedroom at roof-top level complete with its own private terrace. There are three bathrooms as well as an interconnected garage, which doubles as a laundry room.